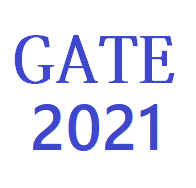 The Madhya Pradesh commission has put notification for the exam in order to fill the 359 vacant posts across its various government departments. For which nearly 2.5 lakhs candidates had applied.

Earlier GATE 2017 exam was scheduled to be held on this date i.e. Feb. 12th, 2017 and the MPPCS was scheduled to be held on February 10th, 2017. But on February 10th, 2017, there befalls Guru Ravidas Jayanti. The chairman of the Madhya Pradesh Commission said that he received many requests from the teachers and students community unanimously not to conduct the exam on this very date. So the exam was postponed by 2 days to be held on Feb.12th, 2017. The chairman of commission was adamant to conduct the exam on the aforesaid date and so it has happened.

This had given rise to another problem to students that due to the clash of dates of the two exams they were not able to take up both exams. Some of the students had filled up both the examination forms and have done preparation for both the exams.