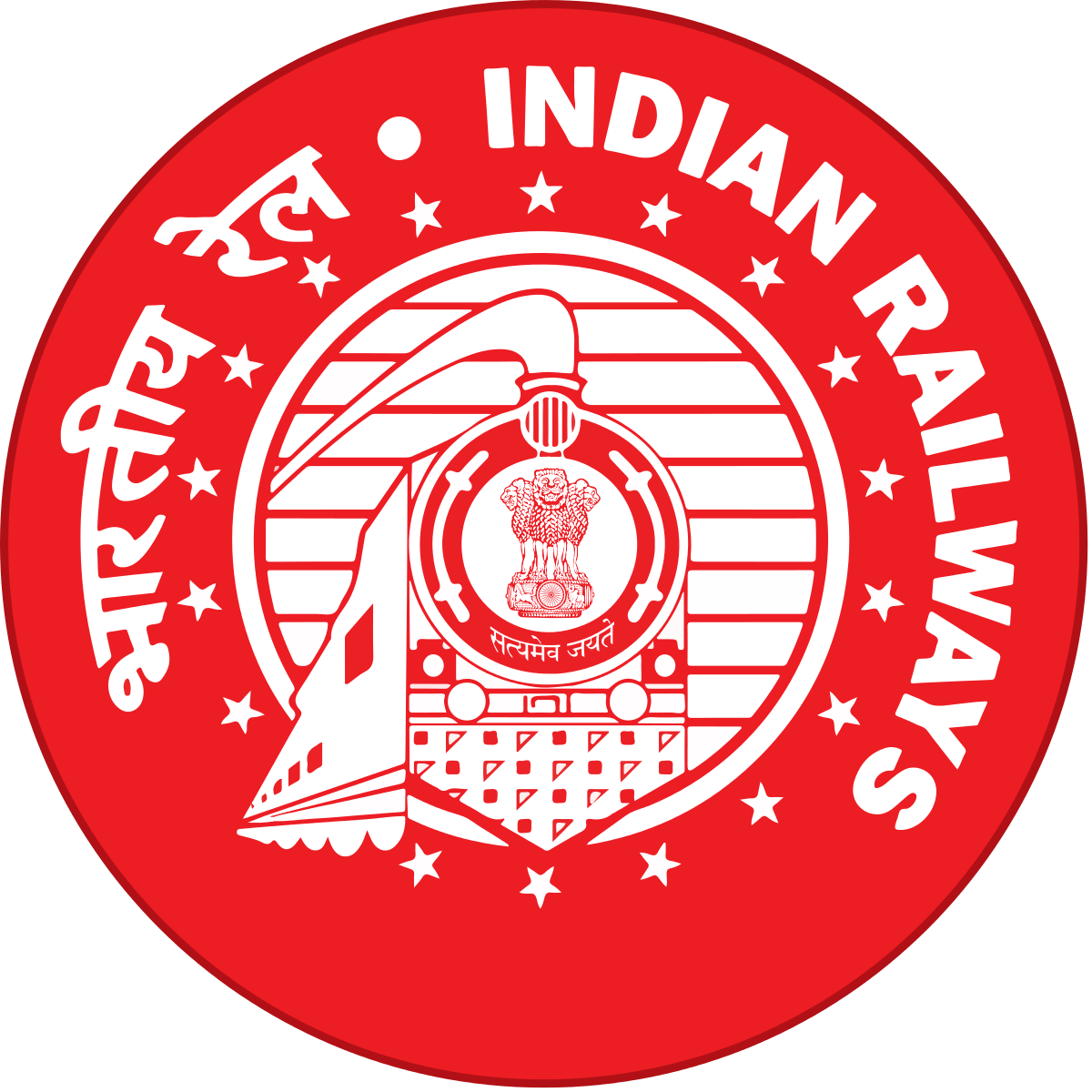 As India has the fourth largest railway network in the world, there are a plethora of job opportunities in the varied department of Indian railway. The Indian railway is said to be one of the world’s largest employers with more than 1.4 million people as a workforce. So, pursuing a career in railway is a great option for aspirants throughout the country. Following are some of the career opportunities in railways that candidates can get employed into:

While there are numerous job opportunities in Indian railway, all these jobs require candidates to meet certain eligibility criteria and clear relevant exam for it. Below are some of the exams that you can take in order to pursue a career in various departments of the railway.

Exams Conducted for Jobs in Railways

Having a career as a Junior Engineer in the Indian Railways is among the most preferred jobs of fresh engineering graduates. RRB JE exam is conducted by Railway Recruitment Board for selecting candidates for different posts such as Junior Engineer, Depot Material Superintendent, Chemical & metallurgical Assistance, Chief Depot Material Superintendent, and Senior Selection Engineer.

RRB JE exam consists of 150 objective type questions that are to be completed in 120 minutes. The exam is basically based on Technical Ability, Arithmetic, General Awareness, General Intelligence, and Reasoning.

The eligibility for RRB JE exam is that a candidate must be an Indian nationality having a 3 years Engineering Diploma from a recognised University/Institute in any one of the subjects – Mechanical/Production Engineering/Electronics/Electric/Manufacturing/Tools & Die Making/Industrial/Machining/Instrumentation/Automobile & Machining/Civil and Control/Tools Engineering. B.Sc. (three years) Degree in Civil Engineering or a combination of any sub-stream of Civil Engineering basic streams from a recognised university. Moreover, the applicant should not be less than 18 years and not more than 25 years of age.

Salary of Junior Engineer in railway comes under the Pay Scale – 2. As per Pay Scale 2, the basic salary varies from 9300 to 34500 with grade pay of 4200. At the time of Training period, a candidate is also entitled to basic pay plus DA. When the training gets complete, DA, TA, and HRA are added to the basic salary. Therefore, a candidate can expect a monthly salary starting from 42000.

The exam for Non-Technical Popular Categories (NTPC) is conducted by the Railway Recruitment Board to recruit candidates for the posts of traffic assistant, traffic apprentice, goods guard, commercial apprentice, and assistant station master. If you wish to pursue a career in the non-technical field of railway, you will need to appear for RRB NTPC exam.

RRB NTPC exam is a computer-based test which is conducted in two phases – Prelims and Mains. While the preliminary exam consists of 100 questions of total 100 marks, the Main examination contains 120 questions of total 120 marks. A preliminary exam is of 90 minutes duration and is mainly based on General Science, Arithmetic Ability, General Awareness, and Reasoning. On the other hand, the Main examination is based on Arithmetic Ability, General Science, General Awareness, and Reasoning and General Intelligence. It is also of 90 minutes duration.

RPF SI exam is based on four subjects – General Intelligence & Reasoning, Numerical Aptitude, General Knowledge and General English. The exam is of 3 hours duration and consists of 200 objective type questions of total 200 marks.

Minimum age limit to be eligible for RPF SI exam is 20 years and maximum of 25 years for General category. A candidate appearing for the exam must be a graduate in any discipline from a recognised college or university. A candidate must also meet the physical eligibility (Height and Chest) in order to appear for the exam.

The salary of the candidates who clear RPF exam varies from 21000 (for constable) to 35000 (for sub-inspector). Also, there are numerous allowances given to the candidates such as Provident Fund, Pension, Medical facilities, Education assistance, Traveling and transfer allowance, Gratuity and more.

The Railway Recruitment Board is also known for conducting an RRB Group D exam for the various posts such as helper/porter/hospital, pointsman, attendant, gatemen etc. These posts offer an excellent opportunity to become a government servant and become a part of Indian Railway department.

RRB Group D exam is conducted through four stages that are - Computer Based Test (CBT), Physical Efficiency Test (PET), Document Verification and Medical Fitness Test. The exam is of 90 minutes (for general category) and 120 minutes for eligible PwD candidates who are accompanied with a scribe. This is exam is mainly based on Mathematics, General Science, General Awareness on Current Affairs, and General Intelligence and Reasoning. A total number of questions asked in the exam is 100. After that,  a candidate needs to go for Physical Efficiency Test and then document verification and medical fitness test.

A candidate should have passed class 10th from any recognised Board/NCVT/SCVT on the closing date of application. Minimum age of the candidate should be 18 years and maximum 31 years for a candidate who belongs to General Category.

The salary of a candidate who gets recruited through RRB Group D exam varies according to the relevant post he/she gets appointed to. The salary varies from 21000 to 159000. Also, there are allowances given to the candidates such as Daily Allowance, Dearness Allowance, House Rent Allowance, Transport Allowance, Conveyance Allowance, Overtime Allowance etc.

Railway Recruitment Board conducts RRB ALP exam for the post of Assistant Loco Pilot. If driving or piloting a train fascinates you, then this is the exam you need to take up. Assistant Locomotive Pilot is one of the most interesting jobs that you could join in the Indian Railway both in terms of salary and responsibility.

RRB ALP exam is conducted in two stages which comprise of Computer Based Test (CBT). The exam is mainly based on General Science, Reasoning, Mathematics, and GK/Current Affairs. The first stage of RRB ALP is of 1 Hour consisting of 75 questions. The second stage of the exam is of two parts – Part A and Part B. While Part A is of 1 hour 30 minutes duration comprising 100 questions, Part B is of 1-hour duration containing 75 questions.

The minimum age required to be eligible for taking up the exam is 18 years and maximum age limit is 28 years as on 1st July of the year of exam. The eligibility required for the Assistance Loco Pilot job is that the candidate must have completed Matriculation/SSLC plus course completed Act Apprenticeship in the Trades OR Engineering Degree/ Matriculation/SSLC plus ITI from a recognised institution of NCVT/SCVT in the trades of Amature and Coil Winder/ Electronics/Electrician/Fitter/Mechanic/Machinist/Mechanic Diesel/Mechanic Motor Vehicle/Millwright Maintenance Mechanic/Tractor Mechanic/Wireman/Turner OR 3-year Diploma in Mechanical/Electrical/Electronics/Automobile Engineering OR combination of various streams of these Engineering Disciplines from a recognised institutions.

An RRB ALP employee is entitled to a salary of 19,900 along with various allowances which include Dearness Allowance, House Rent Allowance, Transport Allowance, Running Allowance, New Pension Scheme, and more.