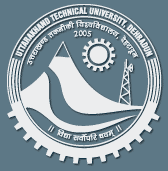 The official notification for the UKSEE 2022 exam will be released on the official website. The tentative dates for the exam are:

The Counselling Schedule is as follows:

The UKSEE exam is conducted for twelve papers. Candidates are required to appear for different papers as per the courses they are interested in. We will be discussing the exam pattern for each paper here. The papers required for admission to different courses are also listed below.

For admission to B.Tech. (1st year) course candidates have to appear for the following exam:

Check out our JEE Main page for information on the exam.

Syllabus for Paper-1 (Physics and Chemistry)

Laws of Motion: Force and inertia, Newton’s laws of motion and their significance.

Wave: Wave motion, phase, amplitude and velocity of the wave, propagation of sound waves in air, Newton’s formula for longitudinal waves, the effect of temperature and pressure on the velocity of sound, Principle of superposition, Laplace’s correction, formation of standing waves, standing waves in strings and pipes, beats, Doppler’s effect.

Electrostatics: Coulomb’s law, electric field and potential due to point charge, electric flux, dipole and its field along the axis and perpendicular to the axis, Gauss’s theorem and its applications to find the field due to infinite sheet of charge, and inside the hollow conducting sphere, capacitance, energy of a capacitor, parallel plate capacitor with air and dielectric medium between the Plates, series and parallel combination of capacitors, displacement currents.

Current Electricity: Concept of free and bound electrons, electric current, drift velocity and mobility, Ohm’s law, conductivity, resistivity, the temperature dependence of resistance, Kirchoff’s law and their application to a network of resistances, resistance in series and parallel combination, the principle of the potentiometer, effect of temperature on resistance and its application.

Magnetism in Matter: The magnetization of substance due to orbital and spin motions of electrons, magnetic moment of atoms, ferromagnetism, paramagnetism, diamagnetism, earth’s magnetic field and its components and their measurement.

Classification of conductors, Insulators and semiconductors on the basis of energy bands in solids, PN Diode, PN junction, Junction Transistors, Transistors as an amplifier and Oscillators.

Principles of Logic Gates (AND, OR and NOT) Analog Vs Digital communication, Signal Propagation, Difference between Radio and Television, Principle of LASER and MASER, Spontaneous and stimulated Emission, Population Inversion.

Calculus: Limits & continuity of functions, Differentiation of function, tangents & normal, Indeterminate forms, Simple examples of Maxima, definite integral, Integration of function by parts, by substitution and by partial fraction, application to volumes and surfaces of frustums of the sphere, cone and cylinder. Differential equations of the first order and of the first degree.

Vectors: Algebra of vectors, scalar and vector products of two and three vectors and their applications.

Statics: Composition of coplanar, concurrent and parallel forces moments and couples resultant of a set of coplanar forces and condition of equilibrium, determination of centroid in simple cases, Problems involving friction.

Vectors - Position vector, addition and subtraction of vectors, scalar and vector products and their applications.

Syllabus for Paper-6 (Aptitude Test for Diploma Holders in Engineering)

Syllabus for Paper-7 (Aptitude Test for Diploma Holders in Pharmacy)

Z-transform and its application to solve differential equations.

B.Tech. Lateral Entry to 2nd Year of the course (for Uttarakhand Domicile & Academic Domicile only)

10+2 with Chemistry and Physics as compulsory subjects and one of the Biology/ Biotechnology/ Mathematics. Minimum qualifying marks in the exam should be 45% (40% for reserved categories).

Diploma in a program from an AICTE-approved institution with a minimum of 45% marks (40% marks for reserved categories).

Bachelor’s degree (3 years duration) with Mathematics at 10+2/ Graduate level. Minimum marks in the qualifying exam must be 50% (45% for the reserved category).

BCA, B.Sc. IT/ Computer Science with Mathematics at 10+2/ Graduate level with a minimum of 50% (45% for reserved categories).

Fill out the application form carefully, as no option for making corrections will be provided. Follow the steps here:

Photograph - The minimum size of the scanned images should be 35 x 45 mm with at least 75% coverage of the face and head. The photograph must be taken after 1st January 2022. The name of the candidate and the date of taking the photo must be at the bottom of the photo.

Keep at least 6 copies of the same photograph (as uploaded). These photographs will be required at the time of counselling and admission.

The application fee is to be paid online through a Credit/ Debit Card or Internet Banking. No other mode of application submission will be accepted. The fee details are:

For the year 2022, the online counselling process started on 12th August 2022. Counselling is conducted for seat allotment based on the merit rank of the candidates and the availability of seats. Candidates are required to register for the counselling process and fill in their preferences. Candidates are required to carry the required documents at the time of counselling for the Document Verification process. After seat allotment, candidates must report to the allotted college at the time mentioned in the allotment letter. Reporting at the allotted college must be done within the scheduled time.

No, the use of calculators and other electronic gadgets is strictly prohibited inside the examination hall.

No, there is no provision of rechecking/ scrutiny of the answer sheets.

No. Candidates are required to pay the application fee as per their category.

Yes, you are eligible.

No, there is no negative marking in the exam.

The application process was 7th July 2022.