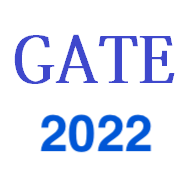 The Indian Institute of Technology (IIT), Madras has released the details of candidates of candidates whose GATE 2019 application forms have been rejected. The list has been released on the official website of the GATE 2019 exam. Two lists have been released including candidates – who have submitted duplicate applications and who don’t meet the eligibility criteria. Candidates who have applied for the exam can check the lists as under:

As per the lists released; “No admit card will be generated and no application fee will be refunded for these candidates.”

If any of the candidates whose application forms are rejected would like to submit the required documents, they can contact the exam conducting authority.

The exam conducting authority has also released another list – ‘List of Candidates whose applications are provisionally only accepted.’ Such candidates are required to rectify the errors by 15th February 2019 else their results will be withheld.

Here are the important dates related to the upcoming exam events:

GATE 2019 will be conducted in two shifts – forenoon and afternoon session. The exam is held every year for admission to M.Tech. and PhD. courses in Engineering/Technology/Architecture offered at IITs and IISc. The GATE score is also used by Public Sector Undertakings (PSUs) for their recruitment process.