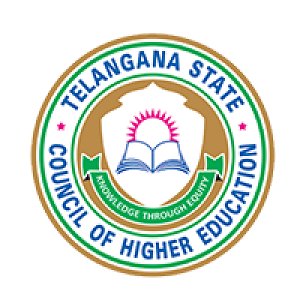 TS EAMCET, otherwise known as Telangana State Engineering, Agriculture and Medical Common Entrance Test, is a state-level entrance exam held once a year. On behalf of TSCHE (Telangana State Council of Higher Education), the Jawaharlal Nehru Technical University Hyderabad conducts the exam and filters students for admission into several undergraduate professional courses offered by many leading colleges and universities in the state. TS EAMCET exam paves the way for eligible students to get admission in various Engineering, Agriculture, and Medical (Pharmacy, Veterinary, etc.) courses. Here are the complete details for TS EAMCET 2022 exam.

Let’s have a glimpse at the official schedule of the TS EAMCET 2022 exam. The exact exam dates are announced.

This 3-hour long exam will be conducted in a computer-based mode where the students will get to answer multiple-choice questions. Each question will carry 1 mark; hence, the total of 160 questions will carry a total of 160 marks. The candidates must be well-versed in three major subjects – Physics, Chemistry and Mathematics.

Negative Marking - There will be no negative markings in the exam.

Diversity in the Living World

Taxonomy of angiosperms, Description of Families: Fabaceae, Solanaceae and Liliaceae.

Histology and Anatomy of Flowering Plants

Principles of Inheritance and Variation

Strategies for enhancement in food production, Microbes in Human Welfare.

The Chemistry and Physics subjects will have the same topics as mentioned above. Check out what Mathematics subject has in store for you.

Theory of Equations: The relation between the roots and coefficients in an equation, Equation with real coefficients, Solving the equations when two or more roots of it are connected by certain relation, the occurrence of complex roots in conjugate pairs and its consequences, Transformation of equations, Reciprocal Equations.

Properties of Triangles: Relation between sides and angles of a Triangle, Half angle formulae and areas of a triangle, Sine, Cosine, Tangent and Projection rules, Incircle and Excircle of a Triangle.

Product of Vectors: Scalar Product, orthogonal projections, Geometrical Interpretations, Properties of the dot product, Angle between two vectors, Expression of the dot product in ????,????, ???? the system, Geometric Vector methods, Vector equations of the plane in normal form, Angle between two planes, Vector product of two vectors and properties, Vector Areas, Vector product in ????,????, ???? system, Scalar Triple Product, Vector equations of the plane in different forms, skew lines, shortest distance and their Cartesian equivalents. The plane through the line of intersection of two planes, perpendicular distance of a point from a plane, condition for coplanarity of two lines, and the angle between the line and a plane. Cartesian equivalents of all these results, Vector Triple Product, Results.

Locus: Definition of locus, Illustrations to find equations of locus, Problems connected to it.

Parabola: Conic sections, Parabola, equation of the parabola in standard form, parametric equations, different forms of parabola, Equations of tangent and normal at a point on the parabola (Cartesian and parametric), conditions for a straight line to be a tangent.

Ellipse: Equation of ellipse in standard form, Parametric equations, Equation of tangent and normal at a point on the ellipse (Cartesian and parametric), condition for a straight line to be a tangent.

Hyperbola: Equation of hyperbola in standard form, Equations of tangent and normal at a point on the hyperbola (Cartesian and parametric), Parametric equations, conditions for a straight line to be a tangent, Asymptotes.

Applications of Derivatives: Errors and approximations, Geometrical Interpretation of a derivative, Equations of tangents and normals, Lengths of a tangent, normal, subtangent and subnormal, Angles between two curves and conditions for orthogonality of curves, Derivative as Rate of change, Increasing and decreasing functions - Maxima and Minima, Rolle’s Theorem and Lagrange’s Mean value theorem without proofs and their geometrical interpretation.

Know your Strong and Weak Points

While going through the syllabus, make a note of your strong and weak topics. This will help in making the study routine as you will be aware of which topic needs more attention. Being familiar with your strengths and weaknesses also gives you confidence and helps in developing a strategy for attempting the exam.

Focus on the Concepts

Most of the entrance exams test the candidates in their understanding of the basic concepts of a particular subject. So, put your focus on understanding the concepts rather than rote learning. If you know the concept, you can answer any type of question-related to the topic.

Practice is the key to success in any exam. The more you practice, the better you will understand the topics. Solving questions daily will help in improving speed and accuracy. Practice through sample papers, previous years’ question papers, etc.

Revision is another thing that is important for retaining all that you have studied. If you don’t revise the topics you have studied, you are more likely to forget or mix things up in the exam. Weekly revisions and a month of revision before the exam are musts. While studying, make short notes of important points which will help in last month's revision.

It is important to include stress busters in your exam preparation. Practice meditation and yoga, include physical activity/ sports, go for a walk in a park, listen to good music, talk with your friends and family, and enjoy a good movie or anything that will refresh your mind. However, limited time for these activities. After all, your main goal is exam preparation. Eat healthy food and get enough rest.

Candidates must have the following things ready to fill out the application form smoothly:

How to Fill the TS EAMCET 2022 Online Application Form?

The eligible and interested candidates need to apply the application form in three simple steps. The below-mentioned steps are drawn from the official portal. They are –

Let’s check out all steps in detail.

The receipt of the filled-in application form will appear on the screen.

Candidates applying for Engineering or Agriculture & Medical streams need to pay an amount of ₹ 800/- for others and ₹ 400/- for SC/ST. Those applying for Engineering and Agriculture and Medical streams are required to pay ₹ 1,600/- for others and ₹ 800/- for SC/ST. If applicants miss out on the last date to submit their application forms, they would need to pay an additional late fee. So, don’t miss the last date!

Various Engineering and Agriculture and Medical courses are offered under the TS EAMCET exam. Following are the courses:

Agriculture and Medical (AM) Courses

TS EAMCET exam is held at 20 test zones in Telangana and Andhra Pradesh as follows:

Candidates are required to select the test zones as per their choice while filling out the online application form. No request for change in the examination zone will be entertained at any stage.

The zone-wise test center/ cities list is as follows:

Candidates can download the admit card using their log-in credentials. The admit card will contain the details about the exam, such as the name of the exam center, date, and time, etc. Admit card is a mandatory document for entry to the examination hall.

FAQs related to different topics are provided on the official website. If candidates don’t find an answer to their queries, candidates can call the TS EAMCET 2022 office at 8499861703 and 9100718007. You can also send an email to [email protected].

Since the examination will be held in the capital of the state, i.e. Hyderabad. Students from Andhra Pradesh too can apply.

You can refer to the above-furnished syllabus section to have a glimpse of the subjects and the topics they cover. To have access to the detailed syllabus, visit the official portal.

The application forms are available at the official website of the Telangana State Engineering, Agriculture & Medical Common Entrance Test.

No, the application fee is non-refundable.

Yes. However, no changes in the application form will be allowed after the correction window closes.

No, you don’t need to send the hard copy of the filled-in application form to the TS EAMCET office.

Yes, you can enter the mobile number of your parents or Guardian. A mobile number is mandatory for filling up the application form.

Other state students can apply for TS EAMCET exam?

Yes, but the admission will be given under non-local quota.