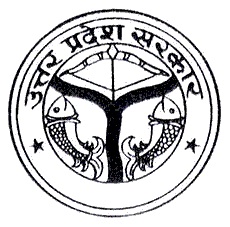 UPPSC released the PCS Mains Result 2018 in the PDF format. Qualifiers will call to attend interview from 13th July to 07th August.

07th July 2020: UPPSC PCS 2018 interview dates have been announced by the Uttar Pradesh Public Service commission (UPPSC). Qualifiers of UPPSC PCS Mains Result for the combined state/upper subordinate services general selection/ Divyanjan backlog (mains) -2018 can appear for the process. Earlier on 23rd June 2020, the authorities of UPPSC announced the results of UPPSC PCS (mains) -2018 exam. Those who appeared for 2018 session can check their exam result only at - uppsc.up.nic.in.

This year a qualifiers of 2669 eligible candidates are going to appear for the interviews scheduled in between 13th July to 07th August 2020. Recently the UPPSC exam controller Arvind Kumar Mishra said that “No interview has been scheduled on three days between 01st August and 03rd August while interviews would be held sans any gap between 13th July and 31st July including on Sundays,” and added that on 07th August, the last day, interviews of agriculture group candidates will be conducted.

In addition to this, he stats, qualified students would need to provide some additional details online and option for this would open on UPPSC’s official website from 07th July 2020.

The results of UPPSC PCS Mains 2018 are available in PDF format. Candidates can download the same through the following steps:

According to the released notification, the exam was conducted for a total of 988 posts, including four for which no interviews are to be conducted and the selections are to be made based solely on the written exams. “As a result, for the remaining 984 posts, a total of 2,669 candidates have been declared successful and qualified to take part in the interview round of the selection process,” said secretary, UPPSC, Jagdish.

Further he added “The interview dates and schedule will be declared later. The result of PCS (Mains)-2018 has been duly uploaded on the official website of the commission— uppsc.up.nic.in for the benefit of the candidates”.

The Uttar Pradesh Public Service Commission (UPPSC) PCS (preliminary) exam-2018 was held for recruiting posts of assistant conservator of forest/range forest officer on 28th October 2018. The exam was held at 1381 centres in 29 districts of the state and the result of the preliminary exam was declared on 30th March 2019.

For four posts of UPPSC PCS, including one post of executive officer class-1/assistant city commissioner and three posts of accountant urban development, no interviews will be conducted to recruit candidates. Aspirants can obtain the final result of these posts after the commencement of interview round of other posts.

Other details like marks obtained, cut-off marks, and final available seats will be made known after the declaration of the final results.