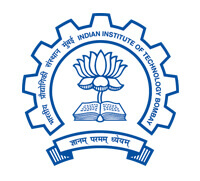 The IIT Bombay is also referred as IITB or IIT Powai. It is the second Indian Institute of Technology to be established after IIT Kharagpur. The IIT Kharagpur was established in 1951 and on the similar line; the IIT Bombay was founded in 1958 with the help of the UNESCO and the then Soviet Union. The Indian Institute of Technology were formed after the recommendations of the parliamentary committee to form four IITs. These IITs were established to set higher standards of technical learning in the country.

Area – The college campus is spread in area of 550 acres.

Location – The College is located in the East Mumbai near to the Sanjay Gandhi National Park and Powai and Vihar lakes.

Drupal – It is an annual international conference on the Web framewok Drupal which is hosted by the IITB time to time.

Tech-fest – It is one of the Asia’s biggest annual technical festivals which are attended by scientist and innovators from around the world.

Entrepreneur Cell – To help the start-ups to grow.

Hostels – There are total 16 hostels.

Sports and NCC – The campus has swimming pools and indoor and outdoor sports facilities.

Departments – There are total 17 academic departments and 3 schools of excellence.

Eligibility for the B. Tech Courses

Eligibility to appear in the IIT JEE Mains 2018 –

Eligibility to appear in the IIT JEE Advanced 2018 –

Students can apply for the exam online through the official website of the IIT.