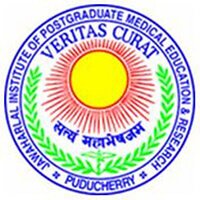 Examsplanner March 27, 2017: For the JIPMER 2017 MBBS entrance exam, the online registration has begun. Students can get themselves registered online from March 27th, 2017 to May 3rd, 2017. For registration they can visit the official website of the JIPMER.

JIPMER is one of the popular MBBS entrance exam. The JIPMER has been excluded from the purview of NEET. It is allowed to undertake its own independent exam.

The JIPMER 2017 Exam will be held on June 4th, 2017 on Sunday in two sessions. The first session will be held by 10 am to 12.30 pm and the second session from 3 pm to 5.30 pm. The merit list of successful candidates will be declared by June 19th, 2017. All successful candidates in the exam will be called for the counselling by the exam conducting authority. In the counselling candidates will be given course and college of their choice depending upon their rank and marks scored by them.

JIPMER has been declared as the institute of national importance. It was established in the year 1956.