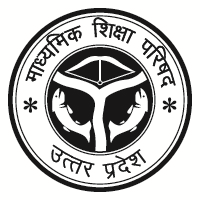 The decision of Uttar Pradesh state government on BTC and UPTET examination has relieved thousands of students as they can now appear for the Teachers Bharti Pariksha which is to be conducted for more than 95,000 teacher’s vacancies in the state. The UP BTC examination was cancelled all over the state recently due to paper leak in Kaushambi.

The Uttar Pradesh Basic Training Certificate (BTC) examination for the fourth semester of the course was scheduled to be conducted from 8th to 10th October 2018. However, on 7th October (night), all the seven papers were circulated through WhatsApp. The papers were cross-checked and confirmed to be the same by the concerned officials. And, consequently, the examination was cancelled.

Now, the UP BTC exam for the fourth semester will be held from 1st to 3rd November 2018.

After a long strike by BTC students for rescheduling the exam and extending the date of UP TET examination, the state government has agreed upon their demands. Consequently, the BTC exam has been rescheduled from 1st to 3rd November and the Uttar Pradesh Teacher Eligibility Test (UP TET) 2018 has been rescheduled on 18th November. The UPTET 2018 exam was earlier scheduled to be conducted on 4th November and the registration process for the same has concluded last week on 7th October 2018.

The decision was taken in a meeting headed by Chief Minister Yogi Adityanath with the senior official of the State Education Department. According to the spokesperson, the CM has instructed the Special Task Force (STF) and the police department to take strict actions against the culprits involved in the BTC paper leak case. The CM further said, actions such as arresting, imposing NSA (National Security Act), and forfeiting property (if required) should be taken by the police against the leaders involved in the paper leak.

UP BTC and UP TET Result

The result of UP BTC semester IV examinations and UP TET exam will be released by 10th December 2018.

The registration process for Teachers Bharti Parikhsha which will be conducted for filling up teacher’s vacancies in the school education department, Uttar Pradesh, will begin from 11th December. Candidates who have qualified the state TET exam can apply for the vacancies through the official website – upbasiceduboard.gov.in. Completing the 4th semester of BTC course is mandatory for appearing in the exam. The exam for Teachers Bharti Pariksha will be conducted on 6th January 2019.