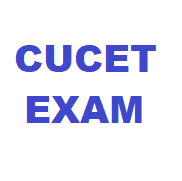 The exam conducting authority for the CUCET exam releases the CUCET 2022 syllabus. Candidates interested in appearing for the exam can check the syllabus for the undergraduate and postgraduate courses at the official website. We are also providing the CUCET 2022 syllabus for the exam in the article here. The questions in the exam will be asked from the topics of the syllabus only. The CUCET exam is conducted jointly by the fourteen central universities.

The UG level exam comprises of two parts as under:

Questions will be asked from Numerical Aptitude/ Data Interpretation, Reasoning, Analytical Skills, and General Aptitude. Preparation books are available in the market for the exam. You can also practice from the previous year’s question papers.

In Part-B, candidates must answer questions from Physics and Chemistry and select one from Mathematics or Biology. The syllabus for each section are mentioned as under:

Motion in one dimension

Rotation of a rigid body about a fixed axis

Mechanics of solids and fluids

Preparation and Properties of the following

Preparation and Properties of the Followings