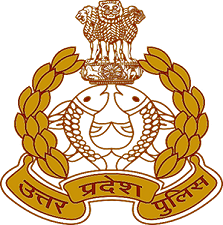 The Uttar Pradesh Police Recruitment and Promotion Board (UPPRPB) will be releasing notification for the recruitment of around 26,382 constables and firemen in the UP Police. Recently, the DGP headquarters had sent a letter of request to the board for recruitment. Thus, it is expected that in the coming month, the recruitment will be announced. Both male and female candidates can apply for the post. Interested candidates are required to keep a close check on the official website for recruitment. Till then, check out the complete details related to eligibility, pattern, application process, and more for the UP Police Constable Recruitment 2022.

UP Police Constable Bharti 2022 Latest Update - UPPRPB will be releasing the notification for the recruitment of approximately 26,382 constables and firemen in the UP Police soon.

The official schedule for various events of the UP Police Bharti 2022 will be announced soon. The same will be updated here.

The selection for the UP Police constable post will be done based on a written examination followed by a Physical Efficiency Test. Those who pass the written exam are called for the PET. Details for both are mentioned below.

The question paper will be objective-type with questions from the following sections:

The following measurements will be done in the test. Candidates must make it to the below-mentioned criteria.

Candidates are also required to participate in the race. Details are mentioned below:

Syllabus for the UP Police Constable Written Exam

Only Indian citizens are eligible to apply for the UP Police constable post. Other eligibility details related to age limit and qualification are mentioned below.

The application process for the UP police constable Bharti will be online. The exact dates for application submission will be mentioned in the notification. Here is the step-by-step process.

The application fee is ₹ 200 for a constable post.

UP Police Constable Exam 2022 Other Details

A total of 26,382 vacancies are expected to be announced by the authority. The category-wise distribution will be known once the notification is released.

Question 1: Is there any negative marking in the written exam?

There will be a negative marking of 0.25 marks in the written exam.

Question 2: What if some questions are wrong in the exam?

If the question is wrong, full marks of that particular question will be awarded to all candidates.

Question 3: What is the Pay Scale of UP Police Constable?

Question 4: What will be the application fee for reserved category candidates?

The application fee for all category candidates is the same i.e. ₹ 400.

Question 5: Will female candidates get concession in the application fee?

No. However, please wait for the recruitment notification for any updates.