New Delhi/23.04.2018: Candidates, who have appeared in the SSC CHSL Tier 1 exam on 4th till 28th March 2018, can now visit the official website of the State Selection Commission to download SSC CHSL Tier 1 answer key. The Commission has released the answer key at http://ssc.nic.in/. Test takers can challenge the answer key until 23rd April 2018 by 6 pm by submitting relevant documents in support of roll number, date of exam and password. 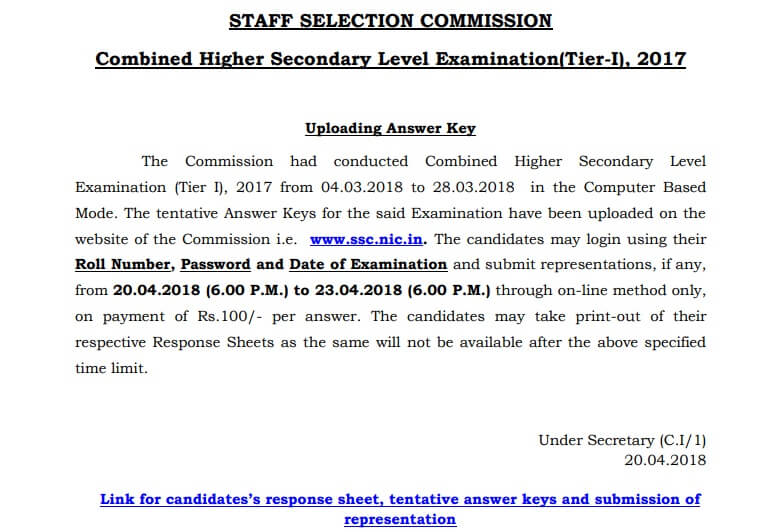 The direct link to avail the answer key is -

Remember that the answers can only be challenged by paying an amount of ₹ 100/- before 6 pm.

The exam was held in 92 cities at 438 venues for 63,49,545 candidates across the nation. The Commission is accountable for recruitment of suitable applicants to several posts with government departs and ministries.

The SSC CHSL 2018 Tier 1 result is expected to be announced in the last week of April.

About the Author: Satyaranjan Bai

Satya, who claims to be a travel enthusiast by passion and an educationist by profession, is a key member on board at Exams Planner. His simple, immaculate writing skills and meticulous attention-to-detail ability have helped thousands of students enrol at the top-notch institutes in the country. Keeping a view of his unstained track record ..Read More