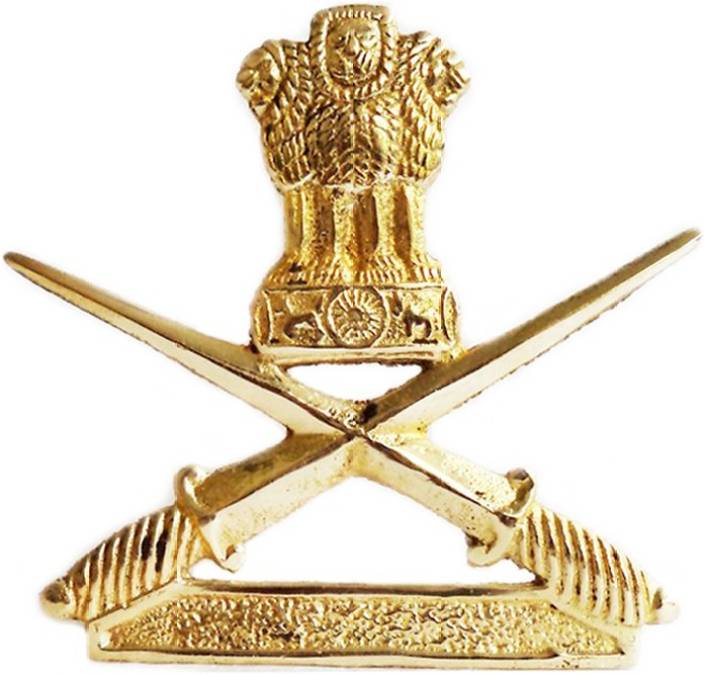 Indian Army has started the recruitment process for Agniveer.

Indian Army has invited applications for the Technical Entry Scheme Course - 47 for the Permanent Commission. The course will commence in July 2022. Candidates who have passed the class 10+2 examination are eligible to apply for the recruitment. Physics, Chemistry, and Mathematics are the compulsory subjects to be studied in classes XI and XII. For complete information on vacancies, eligibility, selection procedure, and the application process of the Indian Army Recruitment 2022, read the following article.

- Indian army has released the application form for the recruitment of Agniveer under the Agnipath Scheme 2022.

- The online application process for the Indian Army Recruitment Technical Entry Scheme Course - 47 was started on 24th January 2022 and was closed on 23rd February 2022.

In the Technical Entry Scheme, candidates are shortlisted based on the cut-off fixed by the recruiting authority. Here are major highlights for TES recruitment:

Indian Army official notification for recruitment 2022 had specified only application dates. The selection is done on the basis of marks secured by the candidate in the class 12th examination. So, there is no written examination.

No written exam is conducted for recruitment. Here is the step-by-step procedure for the selection of candidates:

A call letter for the SSB interview will be issued by the allotted SSB center. The call letter will be sent only on the email ID and Mobile number.

The final merit list before the commencement of training will be uploaded to the official website of the Directorate General of Recruiting. The details of the training process are provided below in the ‘Other Details’ section.

SSB interview is a hard nut to crack. However, following some points will help in doing good in the interview.

The age of the candidate must be between 17.5 yrs to 23 yrs. Any candidate who is found not to be between these age limits will be disqualified at any given point.

Eligibility Criteria for TGC and Other recruitment 2022

Candidates need to fulfill the following eligibility conditions for the Permanent Commission in the Army:

Candidate must either be:

Only Unmarried male candidates are eligible to apply. Candidates are required to undertake that they will not marry until the completion of their training. “A candidate, who marries subsequent to the date of his application, though successful, will not be selected for training. A candidate who marries during training shall be discharged and will be liable to refund all expenditure incurred on him by the government.”

Not below 16½ years and above than 19½ years on the first day of the month, of course, commencement or candidate should not be born before 2nd Jan 2003 and not after 1st Jan 2006 (both dates inclusive).

Only Matriculation/ Secondary School Examination certificates will be considered valid age proof. “Candidates should also note that once a date of birth has been claimed by them and entered in the records, no change will be allowed subsequently on any ground whatsoever.”

Candidates who have passed 10+2 or equivalent examination with a minimum aggregate of 70% marks in Chemistry, Physics and Mathematics from a recognized board are eligible for the exam.

The Application process for Agniveer started on 1st July 2022. Those who are interested and fulfill the required eligibility for the various posts can submit the application online before the last date.

The Application process for TGC Recruitment started on 11th May 2022. The Last date to submit the forms was 9th June 2022. Those who were interested and fulfill the required eligibility for the various posts have submitted the application online before the last date.

Steps to Apply for the Indian Army Recruitment 2022

“There is no need to send any hard copy of the application printout to the Directorate General of Recruiting.”

Changes in the Application Form

“Any change in your postal address after submission of application must be communicated by post duly quoting your Roll No, name and course opted for.”

A total of 40 vacancies were released for various posts. Details are as follows:

A total of 90 vacancies are announced. As per the official notification; “Vacancies are provisional and can be changed depending on the training capacity at the Training Academy for this course. The vacancies are subject to increase/decrease keeping the organizational requirement at the point of time.”

Documents to be Carried for SSB Interview

Two self-attested photocopies of the above documents are to be submitted at the time of SSB interview. Original documents will be returned after verification. 20 copies of self-attested passport-size photographs are also be carried.

As per the official notification; “It must be noted that mere qualifying at the SSB interview does not confirm final selection. Merit will be prepared on the basis of marks obtained by the candidate at the SSB interview. Higher educational qualifications, previous performances, NCC background, etc. have no role to play in the finalization of the merit list. Joining letters to join pre-commission training at OTA, Gaya will only be issued subject to vacancies and medical fitness. ”

The training will be of 5 years conducted in different phases as under:

After successful completion of training, candidates are awarded an Engineering degree.

“On successful completion of 4 years of the course, cadets will be granted Permanent Commission in the Army in the rank of Lt.” as per the official notification.

Promotions are done on the following criteria:

The details of rank-wse pay structure is as follows:

No, only unmarried male candidates can apply for the recruitment.

You can appear for the NDA exam. The details will be available on the official website of UPSC.

The application forms are available on the official website from 1st February 2021.

No, the application forms can be submitted only through the online mode.

No, the SSB centre once allotted cannot be changed.

After the SSB centre allotment, you can select the dates for your SSB interview. The SSB interview 2021 will begin in May 2021.

No, there will be no written exam. Candidates will be shortlisted based on the class 12th marks.

No, but updating the Aadhaar details helps in identification.

No. Reporting at the SSB centre should be done only on the day mentioned in the allotment letter. You need to arrange your accommodation, in case you come earlier.