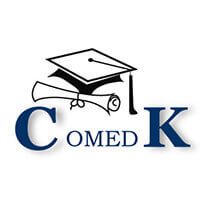 COMEDK UGET 2017 cut off will be released before the counselling and admission process begins in June. The COMEDK 2017 cut off is the minimum score a candidate has to score in the entrance exam to be eligible for admission in undergraduate engineering and architecture courses offered by colleges in Karnataka. More than 150 institutions allow admission through COMEDK UGET score card.

Consortium of Medical, Engineering and Dental Colleges of Karnataka (COMEDK) conducted Under Graduate Entrance Test (UGET) 2017 exam on 14 May 2017 and declared the COMEDK UGET 2017 results and merit list on 28 May 2017. Both result and merit list can be accessed through applicant’s log in on the official website.

In case of ties in entrance exam score, the following rules (in the specified order) will be applied to decide the inter-se-merit.

Some of the deciding factors for COMEDK UGET 2017 cut off are number of candidates appeared in the test, number of seats available and difficulty level of question paper.

Cut offs will be released for individual courses by all participating institutions separately.

Only those candidates who secure the minimum cut off marks will be eligible for admission in the participating colleges.

Counselling for engineering courses offered by participating colleges under COMEDK UGET 2017 will begin in June end (tentatively.) The counselling process will take place through a single centralized window with multiple sessions every day. The candidates will be called for counselling according to their ranks i.e. the one with higher ranks will be called first.